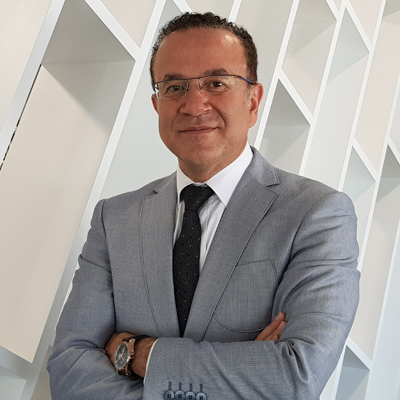 Prof. Dr. Mesut Güner received his BSc degree in Naval Architecture and Marine Engineering from Istanbul Technical University in 1988, MSc degree in 1989 from Newcastle University (UK) and PhD degree in 1994 from Newcastle University. After his PhD he joined Yildiz Technical University (YTU) as an assistant professor. In 2001 he became a full professor in the Department of Naval Architecture and Marine Engineering in YTU. His university professional career spans teaching, research, and administrative responsibilities. He has also been involved in many industrial projects as a coordinator or consultant. His other involvements include board member of some companies, principal member of TUBA (Turkish Academy of Sciences), vice rector, founding rector, coordinator of Technology Transfer Office, senator and board member of the university etc. Since 2016 he has been acting as General Manager and Board Member of Yildiz Technopark AŞ.