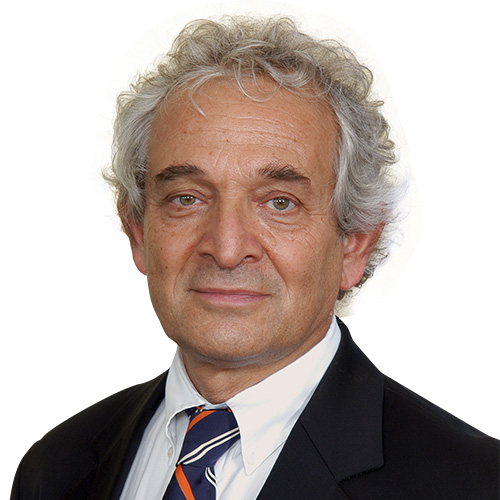 Jan Nahum, Born in Ankara, Turkey in 1950, is a graduate of Robert College in İstanbul with a BSME ( 1971 ) and has an MDES RCA in Automotive Design from the RCA in London ( 1973 ). Jan Nahum has been awarded a Honorary Doctorate Degree from Okan Univercity. The Co-Founder of the Hexagon Group and Chairman of the Board of Directors Jan Nahum started working at Otosan as an Engineer in 1973 and became Project Engineer in 1974. Starting from 1975, he was first appointed as Head of Design and later the Coordinator in charge of the Research and Development Center of Koç Holding for nine years ( 1975-1984). From 1984 to the end of 1993 he was appointed as General Manager of Otokar. Thereafter, for three years, he worked as the General Manager of Tofaş; the KOÇ- FİAT JV and served as Managing Director and CEO of the company from 1998 to 2002. He took office as the Assistant Chairman of the Board of Directors of Tofaş in 2004, while simultaneously being appointed as the President in charge of the International Business Development Unit of FIAT AUTO in Turin, Italy. Nahum, later served as Board Member of Karsan Otomotiv starting from 2004, while at the same time was also appointed as CEO of Petrol Ofisi during 2005-2007. Jan Nahum also served as Managing Director of Karsan during 2008-2016. He Co-Founded +90, a Rapid Protoyping and Small Scale Production company and is also acting as Assistant Chairman of the company. The co-founder and Chairman of Hexagon Danışmanlık ve Ticaret A.Ş. in 2005, Nahum also serves as the Board Chairman of Hexagon Solid Waste in addition to serving as the Chairman of Hexagon Mühendislik ve Tasarım A.Ş. which he co founded in 2006. Jan Nahum is a Trustee of the Sabancı Univercity and a Board Member of the Univercity’s Excellence Centers.